Well hello there! Did you think I was ever coming back? Did you miss me? Did you even notice I was gone? Oh well, doesn’t matter. Here I am again!

Truth be told, I wasn’t sure I was coming back either. I’ve been pretty much wandering in the wilderness, creatively speaking, for most of this year. I managed to keep working for a while — I painted a few watercolors, made some clothes (oh, I made the sequined dress I mentioned in my last post — what a production that was! Sequins everywhere!) 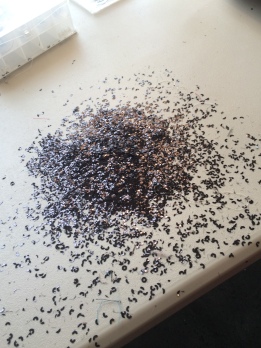 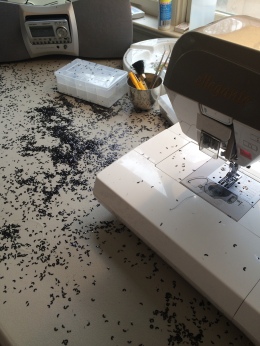 But overall, I was just uninspired and BLAH. And I won’t lie — it was hard. I kinda went to a dark place for a little while.

Have you read it? Oh, if you’re a creative type and you haven’t read this book, go out RIGHT NOW and get it. I mean it — she is so positive and optimistic and compassionate and also completely practical about living a creative life. I loved this book so much I did something I’ve never done before — as soon as I finished it, I went back to the beginning and read it straight through again. And something she says in this book really resonated with me. Actually, almost everything she says in this book really resonates with me, but one thing in particular was especially helpful at the time. She says that when you are feeling uninspired you should just relax and allow yourself to be curious about something. She asks, “Is there anything you’re interested in? Anything? Even a tiny bit? No matter how mundane or small?” And then she tells the story of how her book The Signature of All Things resulted from a “scavenger hunt of curiosity” that started with a mild interest in planting some flowers. Great story. Great book. Really — read it.

So anyway, I was browsing through magazines one day after reading this book, and to my utter astonishment I found myself curious about something I had never even thought about before: art dolls. I picked up an issue of Art Doll Quarterly, and all of a sudden I wanted to make an art doll. I have absolutely no idea where this idea came from. But I certainly wasn’t interested in any other creative projects, so why not?  Getting started wasn’t expensive — after doing a little bit of research, I bought some polymer clay and the next thing I knew, I was making an art doll! And here is what emerged: 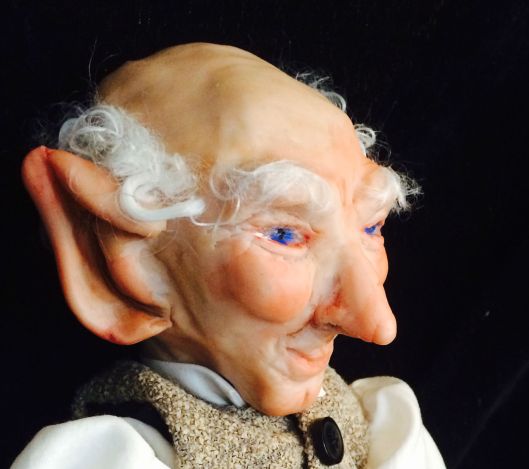 Everyone, meet Bernard. I don’t entirely know where he came from, but here he is. I sculpted his head, hands, and feet from polymer clay. Inside his body is a wire armature, which is covered with a fabric “skin” and stuffed with polyfil. There is a good bit of information online about various aspects of doll-making, but so far I haven’t found any comprehensive tutorial about how to do the whole thing from start to finish, so I kinda made it up as I went along. It was a good learning experience — but much more importantly — I thoroughly enjoyed it! I was excited about figuring things out, excited about trying new techniques, and excited about making something completely new. 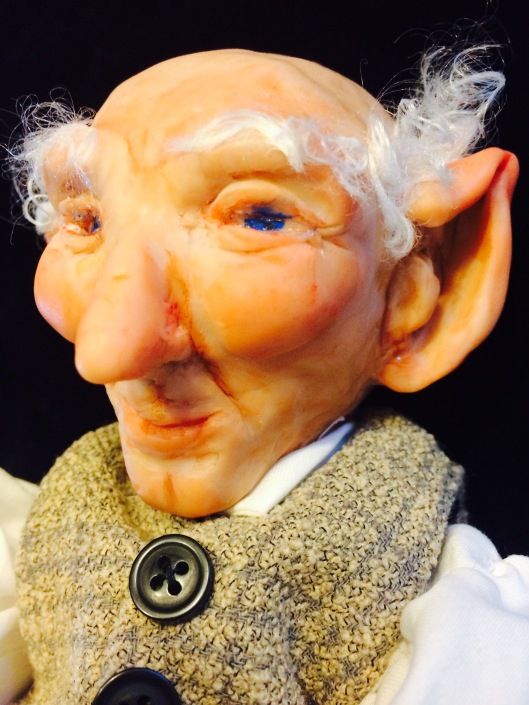 The process was very organic. I didn’t have a particular face in mind when I started sculpting, so I just made features until a personality emerged. Somehow he ended up with really big, pointy ears. I guess he’s a gnome or something. (He hasn’t told me and I’m too polite to ask.) 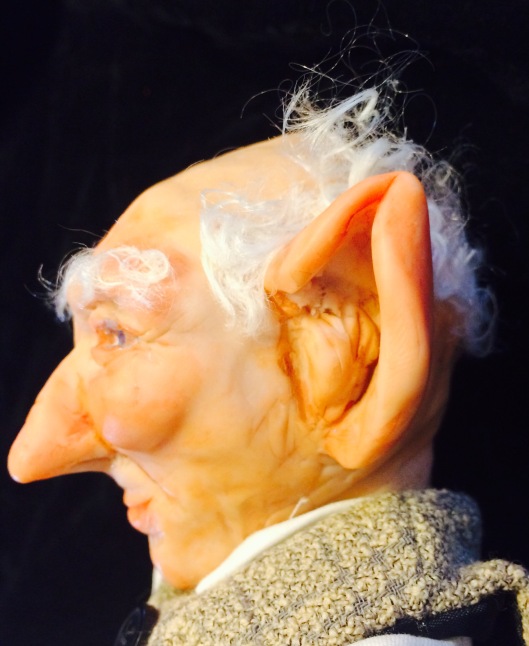 It turns out he’s an 18th century gnome/elf/being. See, I had been proceeding with a vague idea that I would costume him in something “elvish,” but it was his hands that changed my mind. I wanted to give him something specific to do, and I decided he should be a tailor with a needle and thread. 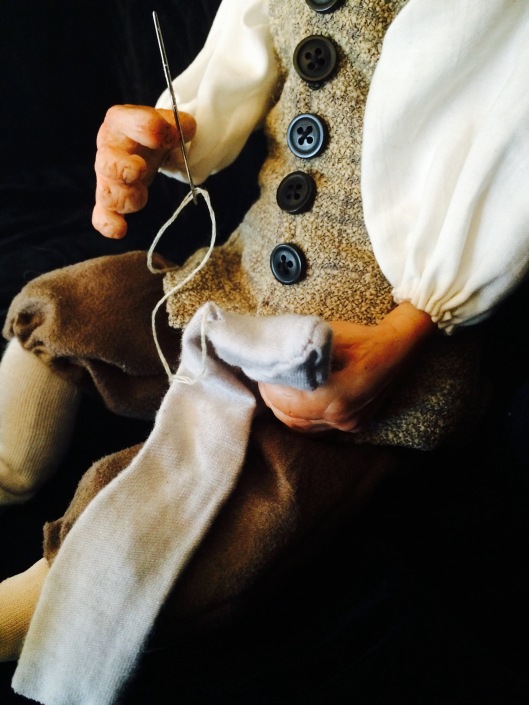 And then when his body was done, it just seemed like a tailor would be wearing breeches and a waistcoat, not leaves or woodland garb or any such nonsense. So he’s very well dressed, you see. 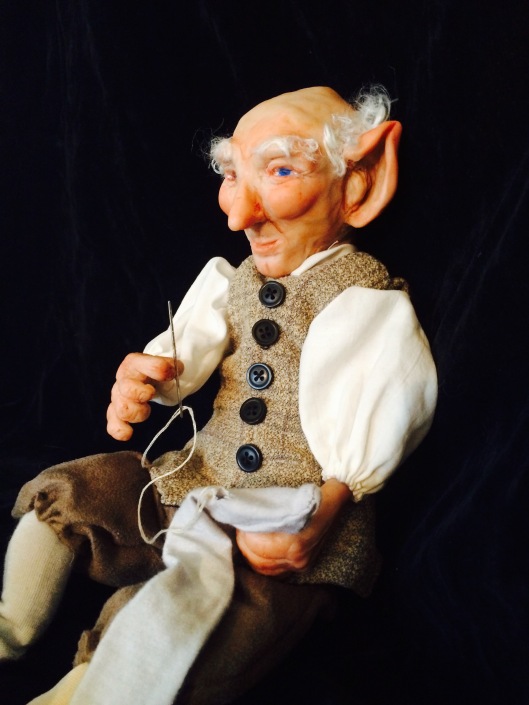 But then here’s what happened next: I realized that if he’s a well-dressed 18th century tailor (regardless of what species he is), he’s probably going to be wearing stockings and shoes, right? But his clothes aren’t functional — they were partially constructed on his body and they don’t come off — and I really, really like the feet I sculpted! 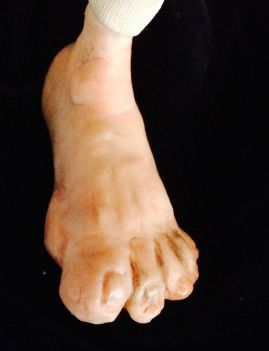 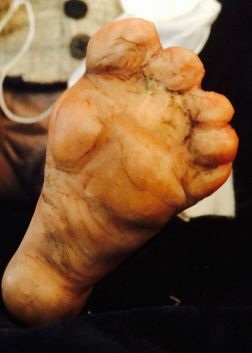 I had to come up with a reason for him to be barefoot. So . . . . Bernard became a poor 18th century tailor. His stockings have holes in them, and he has to mend them! 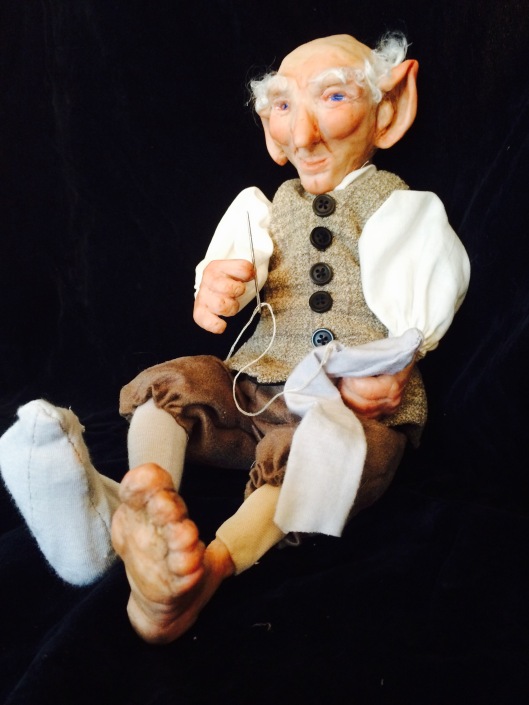 So, darlings, that’s what’s going on. I missed you regardless of whether you missed me! I don’t know how long I’ll make art dolls. I definitely want to make another one. After that, who knows? Maybe by then I’ll want to go back to drawing or painting or sewing clothes, or maybe I’ll go bounding off down another path, or maybe I’ve just discovered my life’s purpose and I’ll make art dolls from now until I die. It’s all good. But Liz Gilbert — if you ever happen to read this — a huge THANK YOU from the bottom of my heart! It’s good to be creating again.